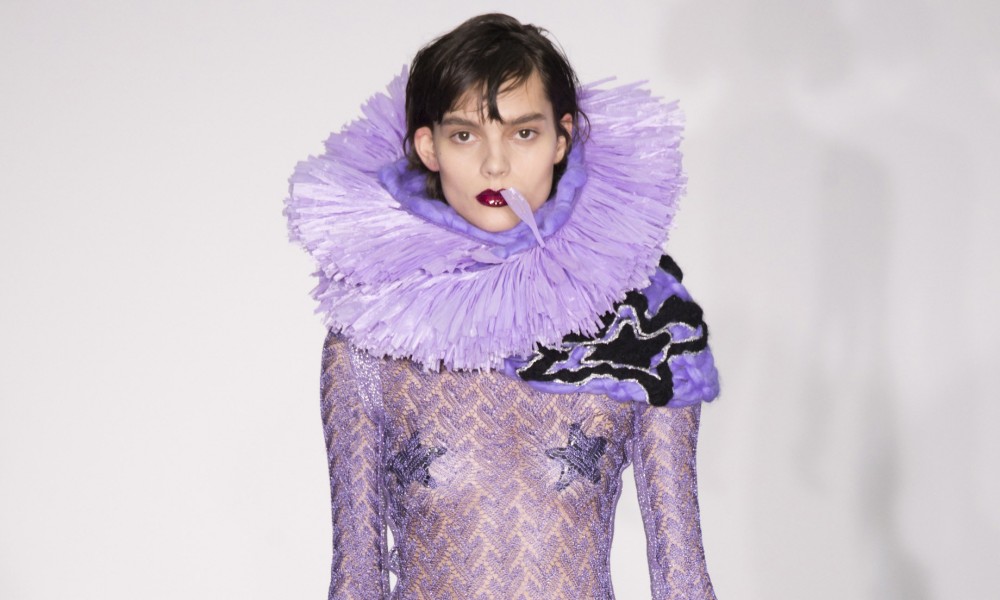 Sibling presented a 1980’s inspired daytime disco collection with a palette of blue, lilac, yellow, metallic, sequin patterns and black. Designers Cozette McCreery and Sid Bryan aimed to bring “a bit of sparkle” to daily life, so used metallic lurex yarns to form a collection of nightclubbing attire. A big inspiration for their collection was singer Grace Jones which showed in the sexiness of the high splits, nipple pasties and the use of sheer fabric. “Jones is thought of as much for her night-time prowling as her music, and so looks take many of their cues from the nightclub,” said Sibling’s show notes.

The designers also brought in their signature of complicated knitting techniques and wove tinsel into some of the fabrics, created bright scarves knit from raw wool and timed in great lengths of raffia. They complimented the tailored looks with baggy boyfriend pants, oversized sweaters and blazers.
One of the statement garments however had a low-cut neckline that was surrounded by a black tinsel which wrapped over the head like a hood. The arms and the back were knitted from a thick lilac wool.
Written by: Marloes Hagenaars
Images by: Yannis Vlamos / Indigital.tv 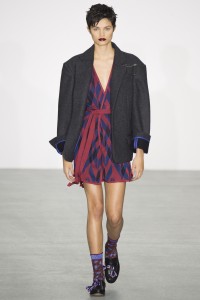 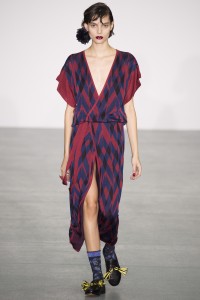 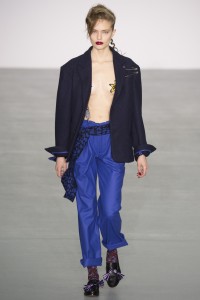 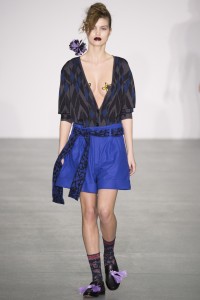 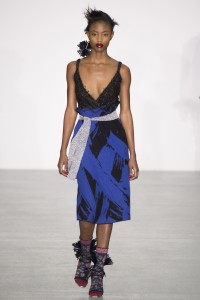 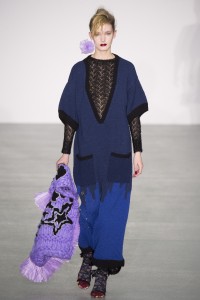 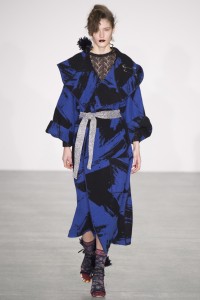 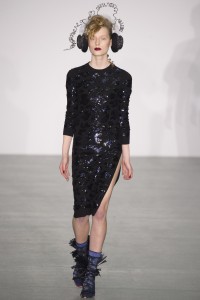 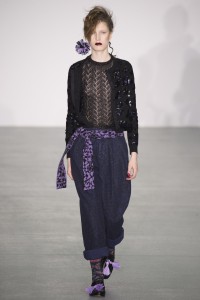 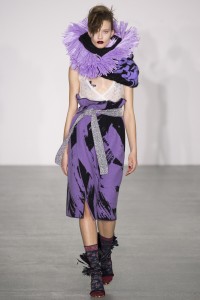 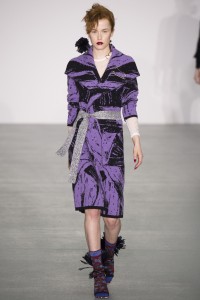 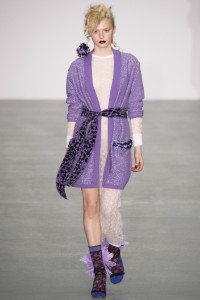 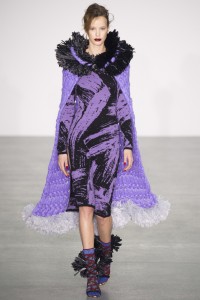 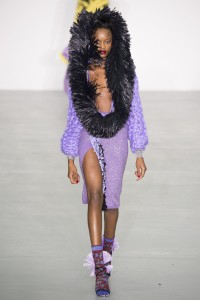 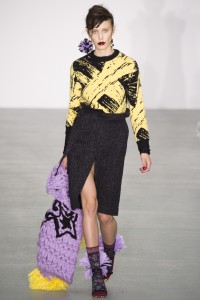 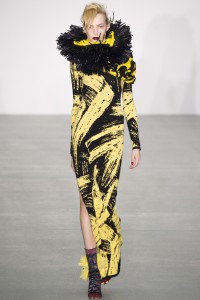 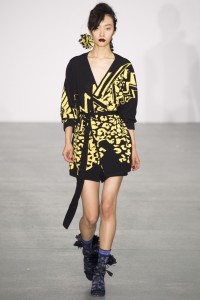 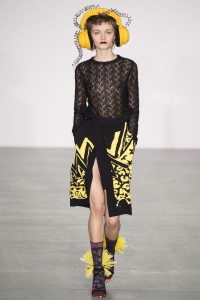 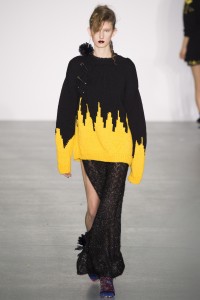 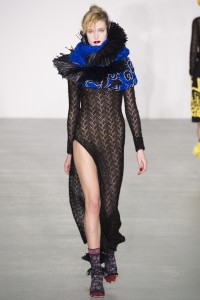 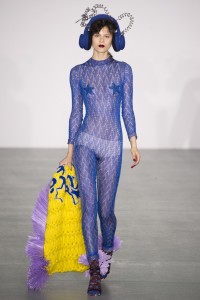 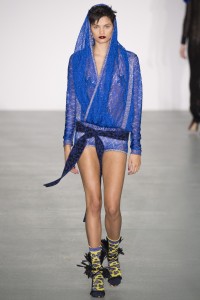 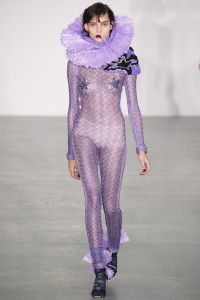 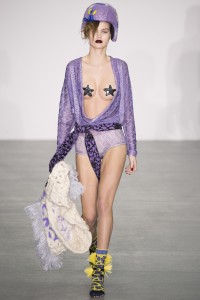 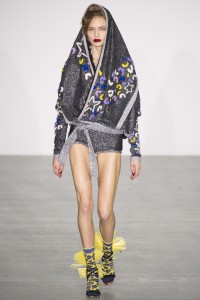 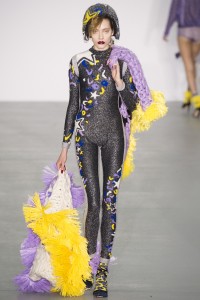